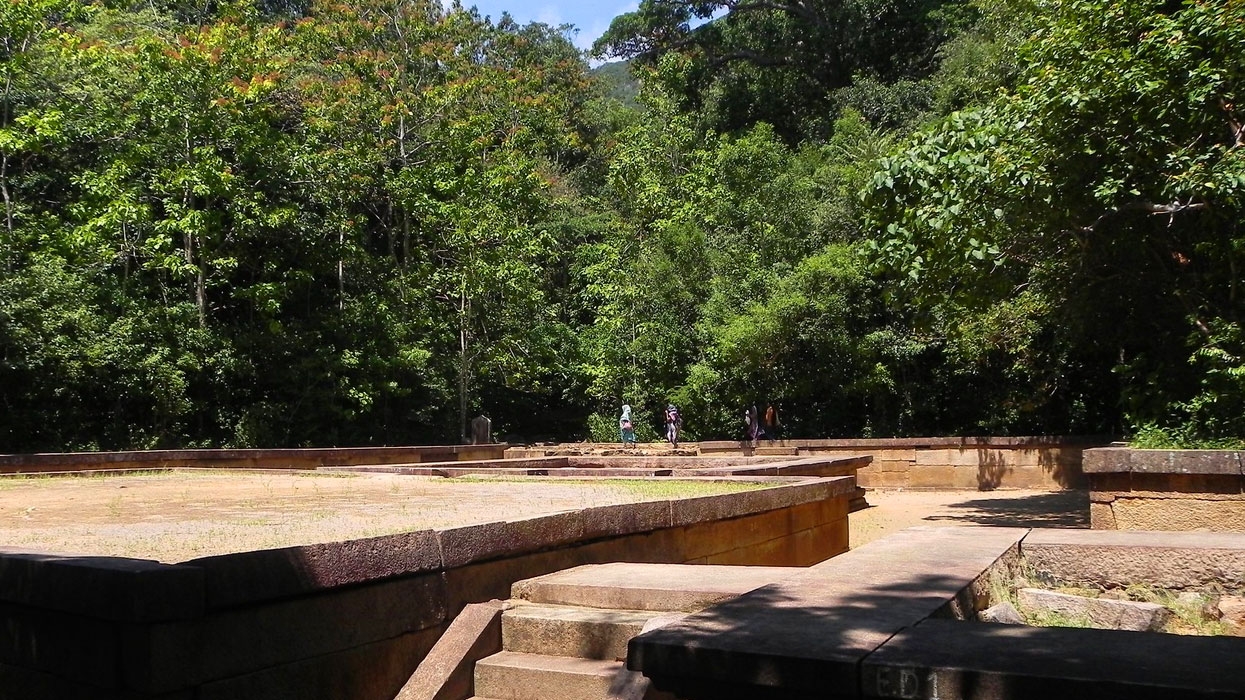 A noteworthy and exclusive cycling expedition to a magical mountain shrouded with mystical charm. On the way observe the fauna and flora that's distinct to the dry zone of Sri Lanka. Stop to take photos of rare birds and butterflies or have a few words with the locals as they wave after you. Ritigala is made up of a forest monastery that dates back to the 1st Century BCE and a strict nature reserve, totaling over 700 acres, situated in Northern Sri Lanka. The ruins include an ancient man made reservoir, which is an engineering feat by itself, remains of buildings, paved stairways, a stone bridge that leads to the ruins of a monastery hospital where still to be seen are the rock grinding stones used for crushing medicinal herbs and leaves and massive stone cut Ayurvedic oil baths in addition to elaborate platform structures, courtyards and ruined Granite Buddha Statues found within the caves of the monastery.

As you trek through the Ritigala Nature Reserve with its dense jungle canopy, you will wonder how the nature reserve was so cool and green with immense patches of rare healing herbs and medicinal plants mostly endemic to the locale in contrast to the otherwise arid climate and hot temperatures of the dry zone.

Ask your English speaking local guide who lives in the area, and he will take you on a voyage of fascinating tales, myths and traditions of a by-gone era, while explaining the different medicinal herbs and plants. He will also tell you more about the popular belief regarding Lord Hanuman who had dropped a chunk of earth with medicinal herbs right here, which he was apparently carrying from the Himalayan Mountain Range to cure Rama's brother Laxshman who was mortally injured in battle. It is believed that this was the result of the vegetation of healing herbs and plants found at Ritigala even today.

After an exhausting day of exploring, sit under the shade of a large tree to enjoy your picnic lunch, whilst chits chatting with your guide and of course the locals about the lesser-known tales that only they would know.

If you are the kind that hungers for an authentic Sri Lankan Experience and searching for 'true insight and in-depth understanding', not superficial or arranged tourist attractions, then get in touch with us at SRI LANKAN EXPEDITIONS, a 100% locally owned company, with vast local knowledge and endorsing responsible tourism. We promise, you won't be disappointed!