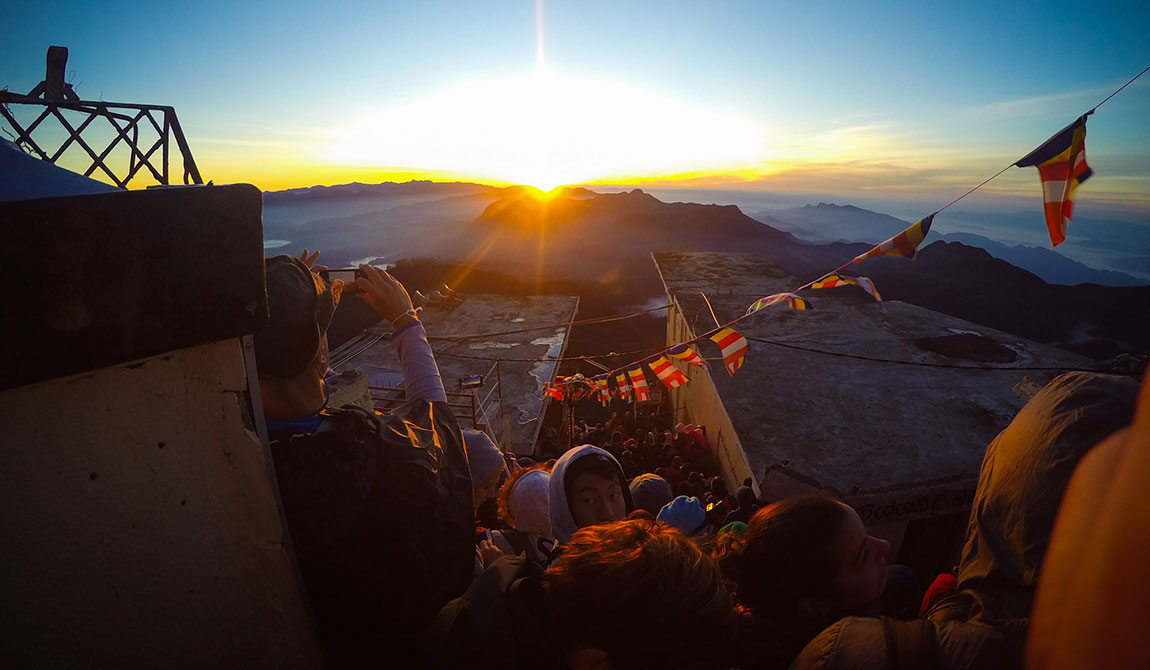 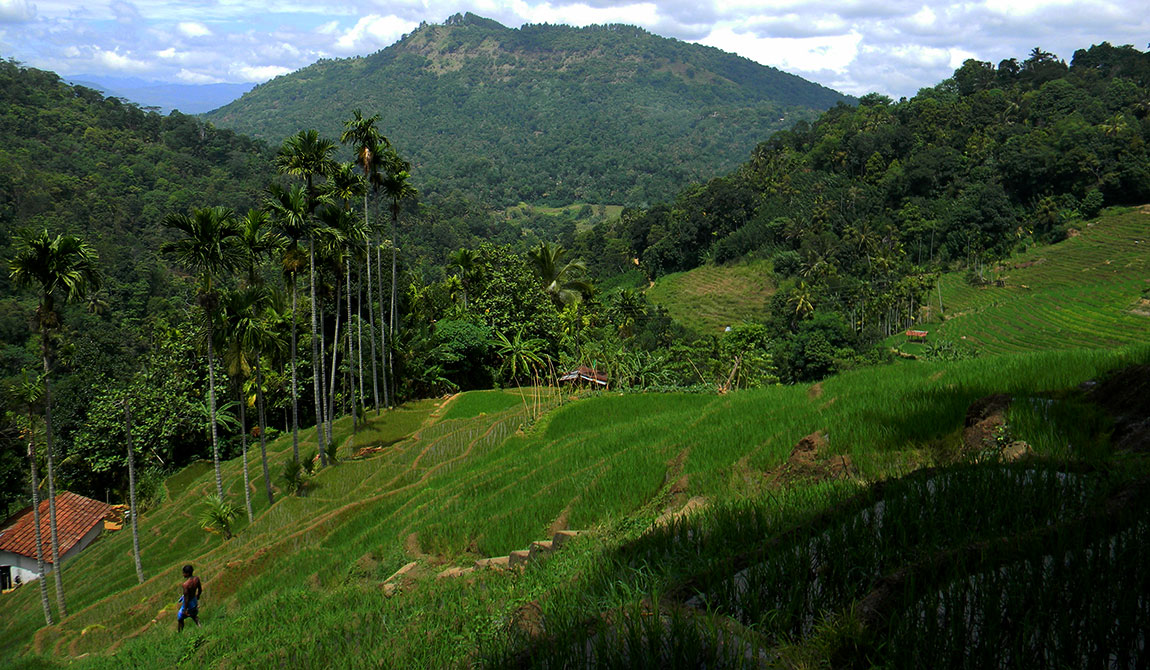 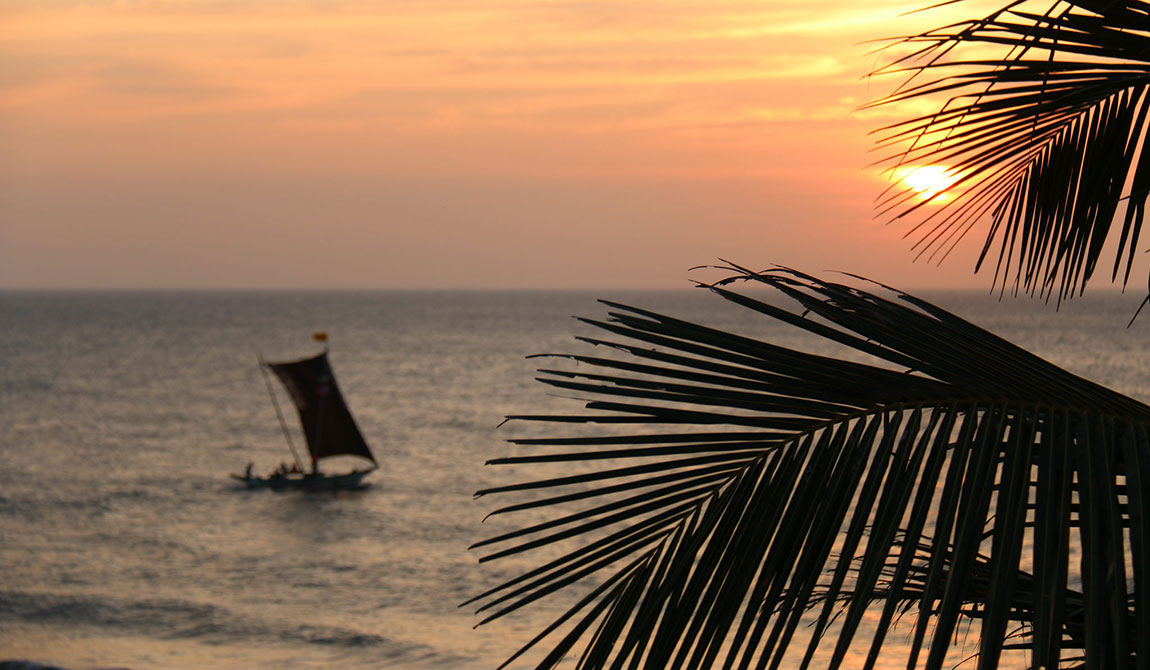 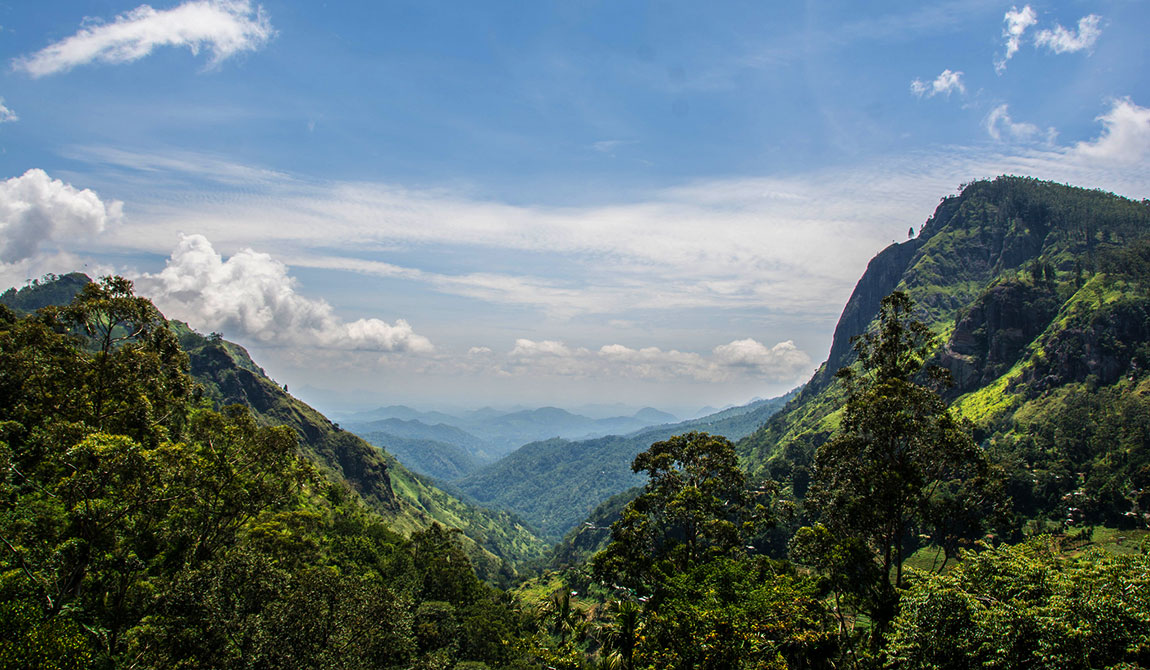 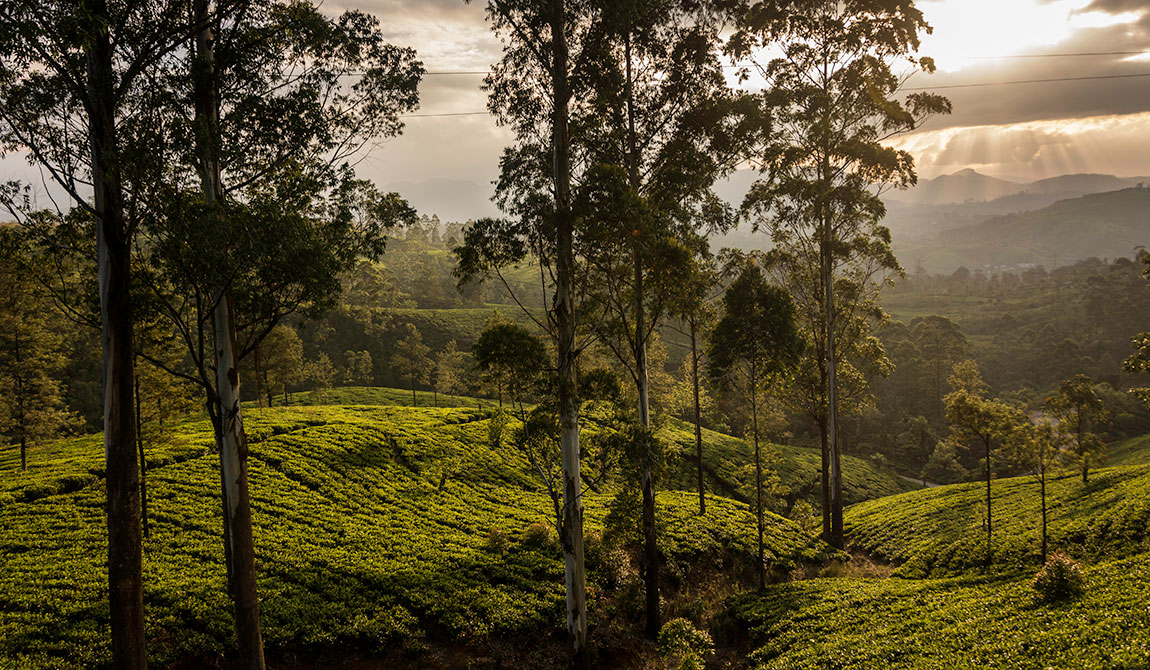 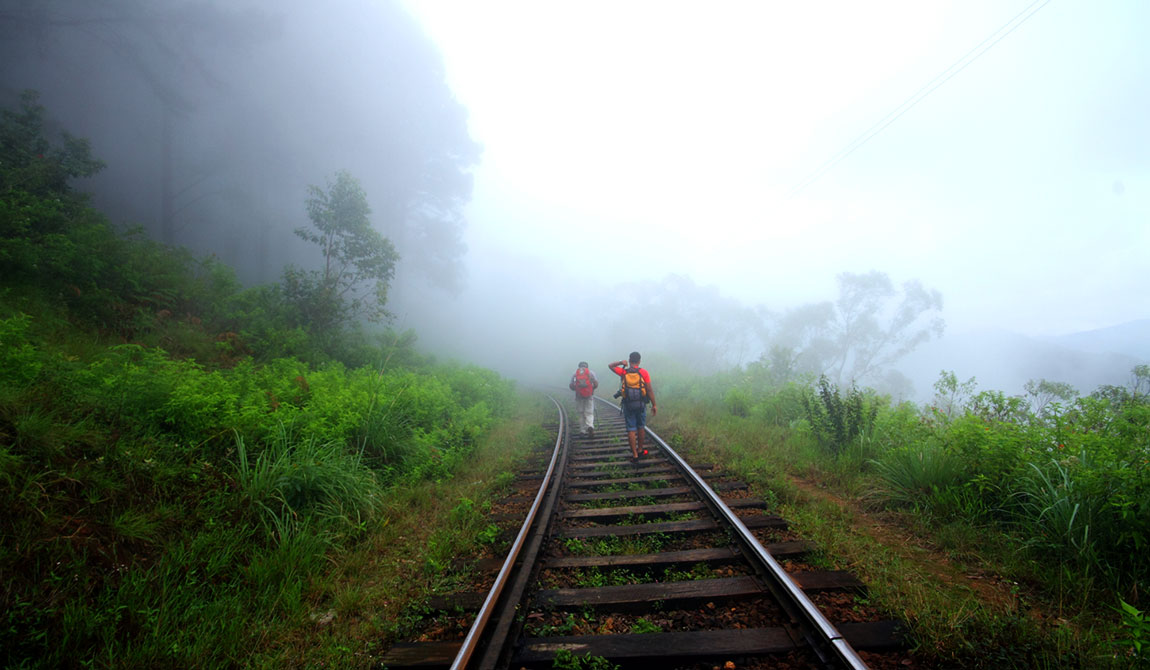 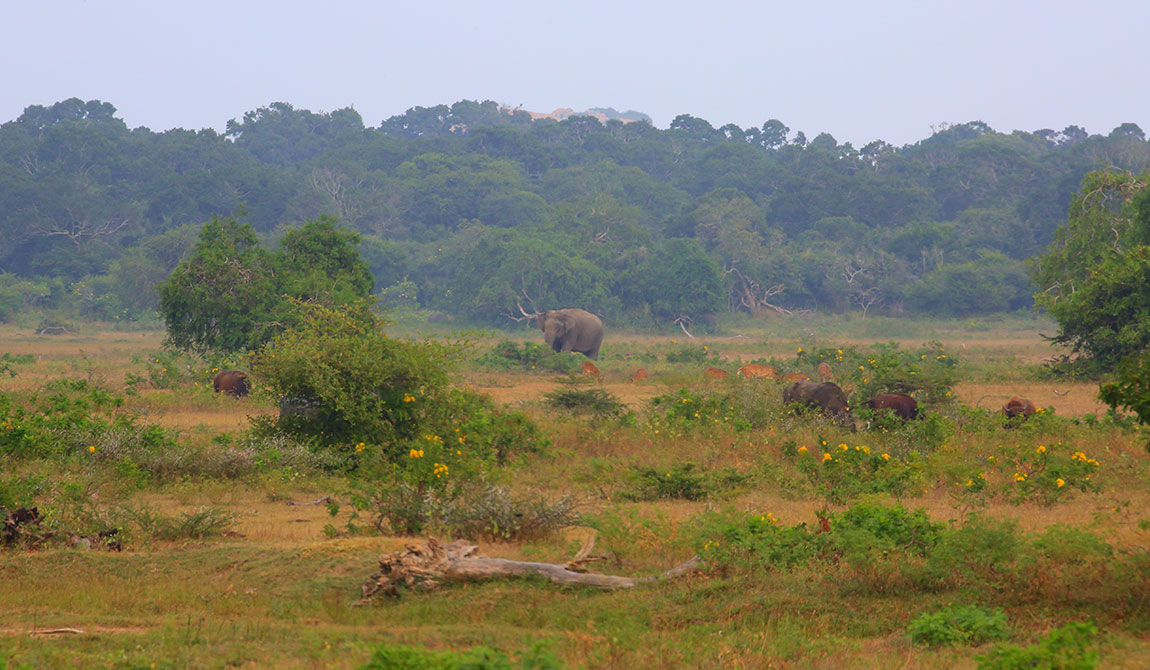 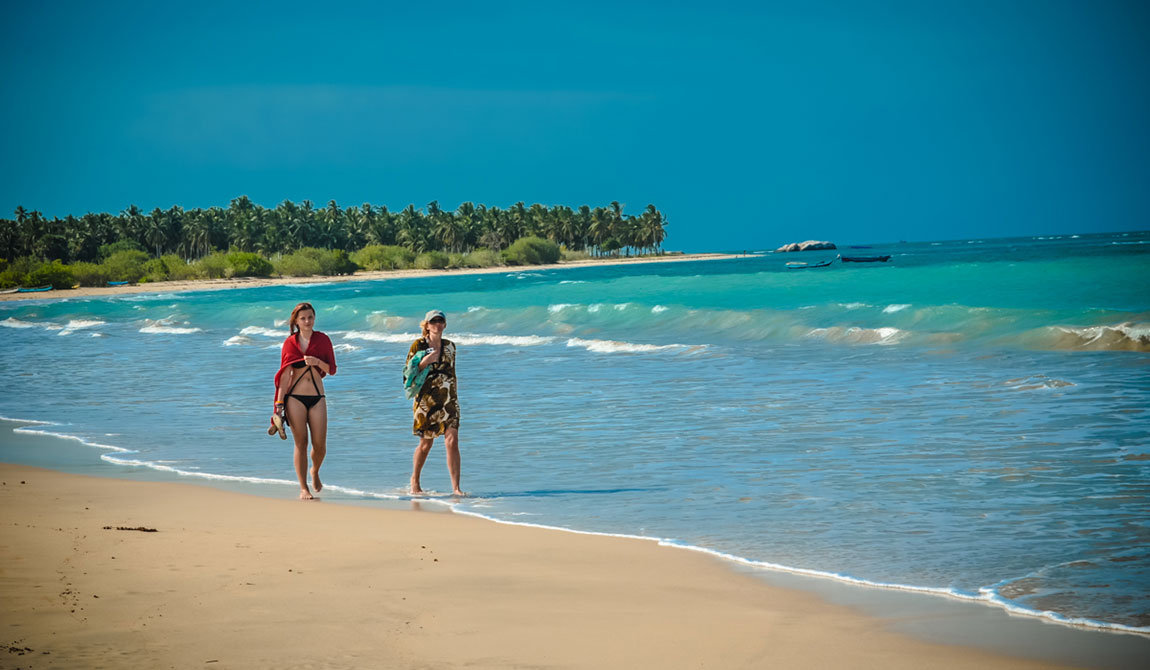 Colombo, city in western Sri Lanka and a major port near the mouth of the Kelani River. The commercial capital of Sri Lanka,

Noted as the last Kingdom of Sri Lanka has many places to visit, Temple of the Sacred Tooth Relic being the highlight

Dambulla Rock Cave Temple (UNESCO world heritage site) can be reached by coming from Kandy(68km) along A9 road ...

Habarana is a small city in the Anuradhapura District of Sri Lanka. The city is famed for its chain of high class tourist resorts.

There are few stories around the city name of Anamaduwa. According to one chronicle..

A history that is strewn with ancient legend, age old statues of undefined age dot the north central plains of Sri Lanka.

A UNESCO world heritage site and one of the oldest continuously inhabited cities of the world, Anuradhapura,

Adam's Peak is one of the major eco tourism destinations in the hill country of Sri Lanka .

A sleepy little hamlet in the foothills of the central plains, with one of the main rivers of Sri Lanka ..

Nuwara Eliya was home away from home for the British colonialist in the 19th century..

Ella is blessed with some of the most beautiful views, you could find in Sri Lanka.

Haputale is a one of the unique places in Sri Lanka.

Popular for Swimming Elephants who swim across the large lake to small islands located in the middle of the lake for food. The only place where you could go safari by boat. The park is 3 hours drive from Kandy.

The most popular and most visited National Park in Sri Lanka due to its high Leopard density. Yala is 5 to 6 hours drive from Colombo, Closest towns to the park are Tissamaharama and Kirinda. Park is open from 6 AM to 6 PM, mode of visiting is by a safari Jeep.

Udawalawe National Park is known for its Elephants. Loads of Elephants can be seen in close quarters. Udawalawe is 4 hours drive from Colombo. Park is open from 6 AM to 6 PM, most hotels are located near the park entrance.

The most beautiful national park of Sri Lanka. Thick jungle and vast amount of lakes. Another popular place to see Leopards. Wilpattu is 5 hours driver from Colombo. Closest main town is Anuradhapura which is 1 hour drive away.

Pasikuda, meaning “green-algae-bay” is situated in Eastern seaboard of Sri Lanka between Kalkuda and the Indian Ocean,

One of the finest natural deepwater harbours in the world, located in the eastern seaboard of Sri Lanka approximately 245km from Colombo.

Hailed as one of the best surfing destinations in the world, many events are held each year under the patronage of Sri Lanka

Kumana is the eastern side of Yala Nationa Park, popular for birds and thick wild jungle. Entry is from Panama village, about 1 1/2 hours drive from Arugam Bay.

The first references of Galle port comes during King Solomons times which is believed to be “Tarish” in the Bible, and cinnamon has been the main export of Sri Lanka starting around 1400 years BC.

The resort township of Tangalle, lying in the Deep South with nothing between it and Antarctica has some of the most beautiful un-crowded beaches

Dickwella is the location of Sri Lanka's largest seated Buddha statue, which is 50 metres (160 ft) tall.

Squirreled away down muddy dirt tracks, this is one of those near-pristine beaches that really does define all the tropical-beach postcard clichés.

Join a deep sea fishing trip or join up on an out rigger canoe for a ride across the bay or on a sail boat to experience the best of Weligama bay.

Bentota has always been renowned as the water sport capital of Sri Lanka..

Jaffna District, the northernmost region of the Island of Sri Lanka, is one of the oldest habitation sites in Lower South Asia, populated by Tamil speaking people.

Belihuloya is a village in the Ratnapura District, Sabaragamuwa Province of Sri Lanka.

Two kilometres away from Galle is the famous beach resort town of Unawatuna..

Situated on the Southern coast of Sri Lanka, Ahangama is a great beach for a relaxing holiday in the south coast.

The first area to be developed for tourism, this is still one of the most popular of our beach resorts.

Located 70 km outside Colombo, Induruwa is a beach area where stretches of endless sandy beach meet with lush greenery.

The small port of Kirinda on the south coast about 10km south of Tissamaharama is a strange and haunting place bypassed by most visitors.

Perhaps the best thing about Koggala is that it is yet to be fully discovered and thus exudes a charming peace, devoid of the usual tourist droves.

Kosgoda is a beautiful village on the South west coast of Sri Lanka but is not for those looking for a party holiday.

Nilaveli-situated at a distance of 275 km from Colombo-is a prime beach resort on the East coast.

The small fishing village of Rekawa is a vital eco tourism venue located about 10 km east of the south coast town of Tangalla , Sri Lanka.

Thalpe is around 15 minutes by Tuk Tuk south of Galle (5 mins from Unawatuna).

Katharagama is a fast developing township in the deep south of Sri Lanka. But in ancient days it was only a small village.

Mihintale is a mountain peak near Anuradhapura in Sri Lanka.

Dangling off a rocky crag 16km northwest of Tangalla and nestled away among a green forest of coconut trees are the peaceful rock temples of Mulkirigala.

Magama or the present day Thissamaharama was a capital of Ruhuna since the days of the regional king Mahanaga.

After the fall of the great city of Polonnuruwa, the Kandyan kings fled to a succession of inaccessible crags, bearing with them the sacred tooth relic of the Buddha.

The pretty hillside region of KITAL-ELLA (near BANDARAWELA ), one of the prime eco tourism locations, is named after the Sinhalese word for waterfall (”ella”) and the Sri Lankan “kitul” tree.

Beragala is a small town in Sri Lanka.

Hatton is a small town in the Nuwara-Eliya District, Central Province of Sri Lanka, a notable centre of Ceylon Tea plantations and industry.

Located in the Eastern Hills of Sri Lanka just 5 hours from the capital Colombo, ..

Meemure is a village in Sri Lanka with a population of about 400.

Peradeniya is famous for the Royal Botanical Gardens of Peradeniya, which is considered to be one of the most beautiful botanical gardens in Asia.

The gem-mining centre of Sri Lanka is also a major crossroad between southern plains and the hill country to the east.

Located approximately 30 km from the Matale town, when travelling on Matale – Girandurukotte road, rather windy...

Wasgamuwa National Park , located in the districts of Matale and Polonnaruwa and bordered by the ‘Mahaweli' and ‘Amban' rivers, stretches an impressive 36,948 hectares.

Wellawaya is a town located in Monaragala District, Uva Province of Sri Lanka.

The area surrounding BUTTALA is part of the Monaragala district in south-eastern Sri Lanka.

Dambana is a remote jungle village of indigenous people renowned for its eco tourism prospects, situated about 300km from Colombo, Sri Lanka.

Anawilundawa Sanctuary is one of the 6 RAMSAR wetland in Sri Lanka, The sanctuary covers 1,397ha lying between the costal line and the Negambo – Putlam railway line.

Bundala National Park, covering an area of 6216 hectares of eco tourism appeal, is located about 250km southeast of Colombo in the Hambantota district.

Horton plains or Mahaeliya Tenna in Sinhalese is the great plains of the central hills of Sri Lanka, located approximately 30 km from the town of Nuwara Eliya better known for its cooler climate.

Declared as a national park in 2015 this expanse of forest is surrounding the giant Kalawewa and Balalu Wewa tanks which were constructed by King Datusena in the 5th Century...

Kalametiya is a fishing village on the South-Eastern coast of Sri Lanka, close to the Kumana bird-life sanctuary and located in the Hambantota district.

Located between Habarana and POLONNARUWA , the 8890 hectares of Minneriya National Park is an ideal eco tourism location in Sri Lanka.

Anawilundawa is made up of nine tanks linked together to form a unique irrigation system.

See baby jumbos wondering around their cramped foster home or bottle fed and bathed by their human foster fathers at Pinnawala, about 90Km from Colombo towards Kandy is the home to some 60 or more elephant orphans.

Wilpattu National Park has a good network of gravel roads, particularly between the water holes which are the best places to observe wild life.

The call of the wild beckons nature lovers to a rendezvous with nature! Welcome to Elephant territory; get ready to witness hundreds of Elephants.

"Sri Paada" Peak Wilderness sanctuary is a natural reserve in Sri Lanka. It is the third largest (by area) of the 50 sanctuaries in the country.