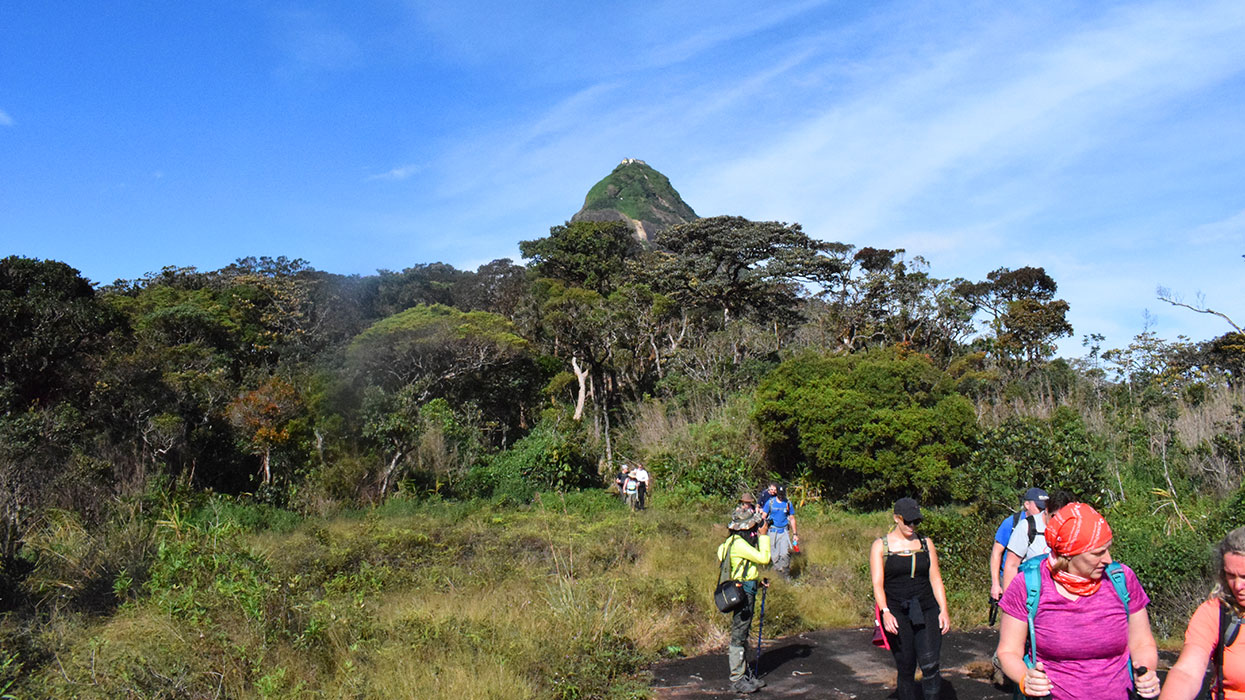 Hike off the beaten path to Adam's Peak summit

Hike off the beaten path to Adam's Peak summit

The contours of "Sri Paada" Peak Wilderness vary from 1000 to 7360 feet above sea level. Therefore, it possesses unusual geographical formations compared to the other natural reserves of the island. Bena Samanala (6579 ft), Dotalugala, Detanagala, is some of the tallest mountains in the Peak Wilderness. It is also the birthplace of Kelani, Kalu, Walave rivers and many tributaries of the river Mahaweli which make waterfalls such as Dotalu falls, Geradi falls, Galagama falls (655 ft.), and Mapanana falls (330 ft.) inside the sanctuary. 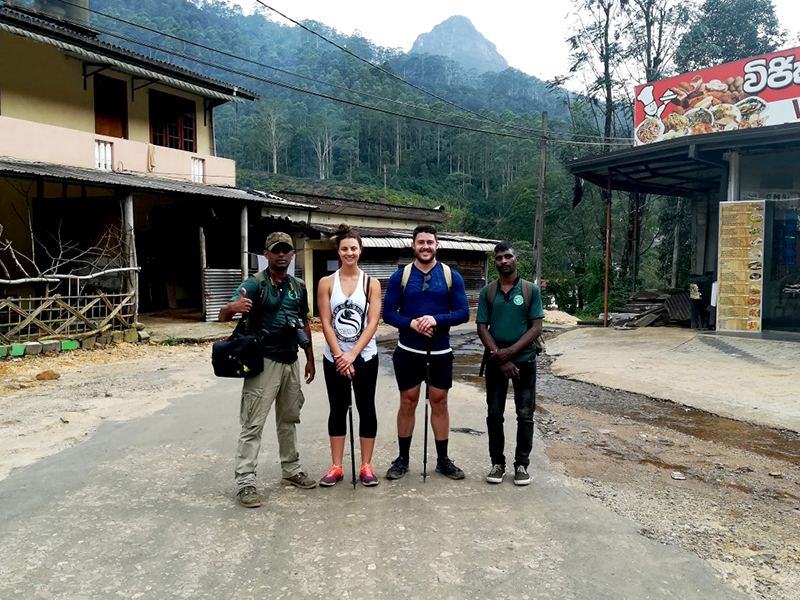 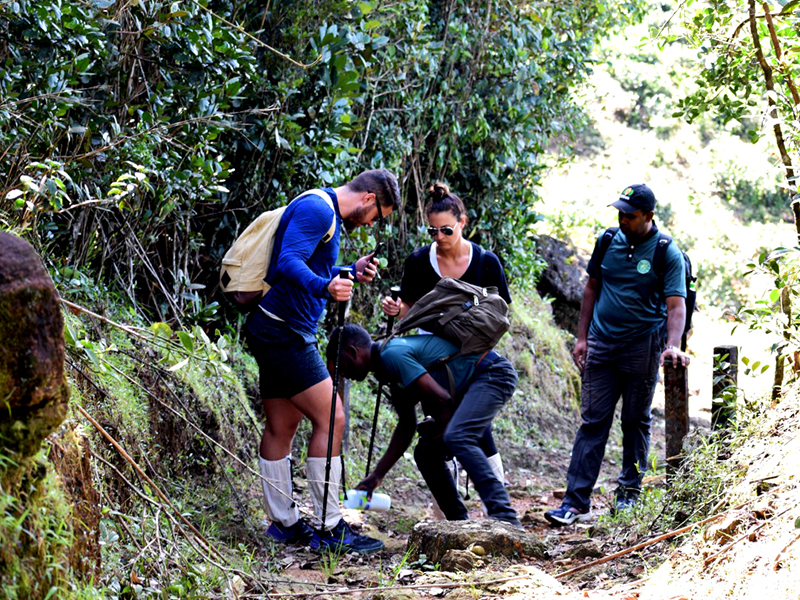 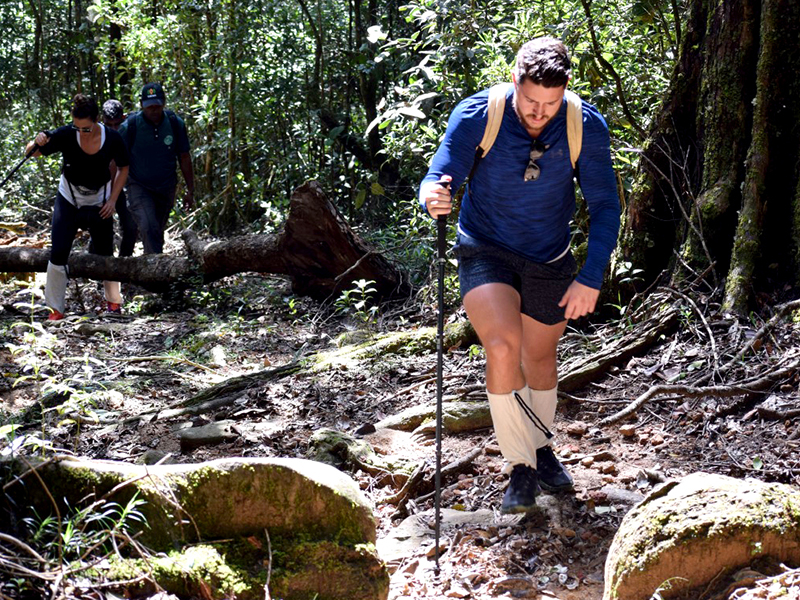 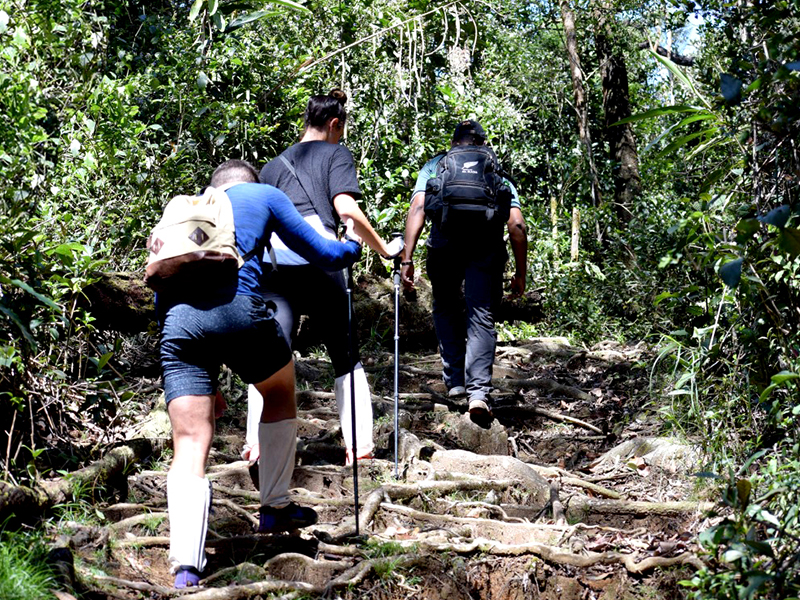 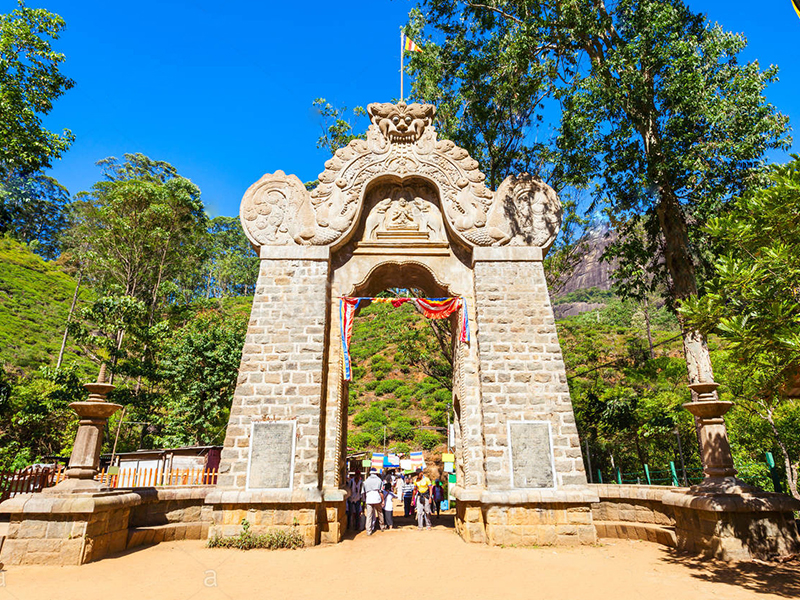 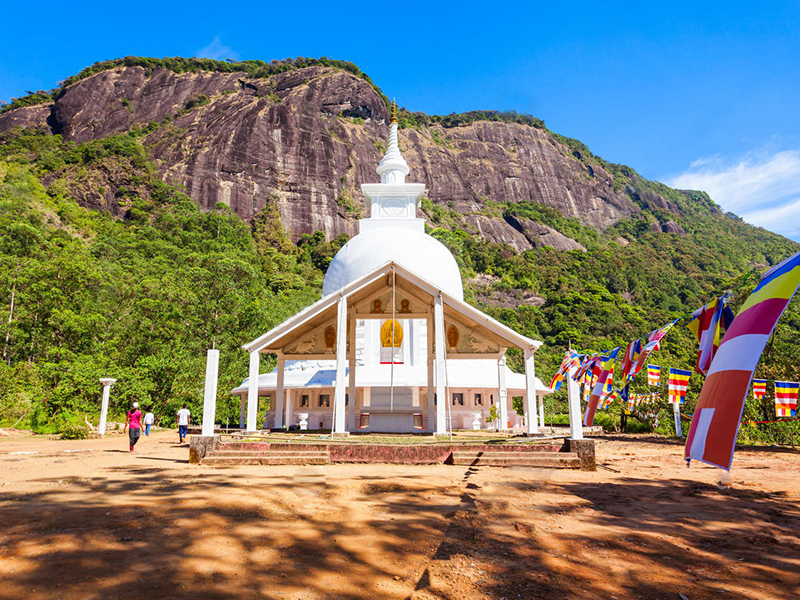 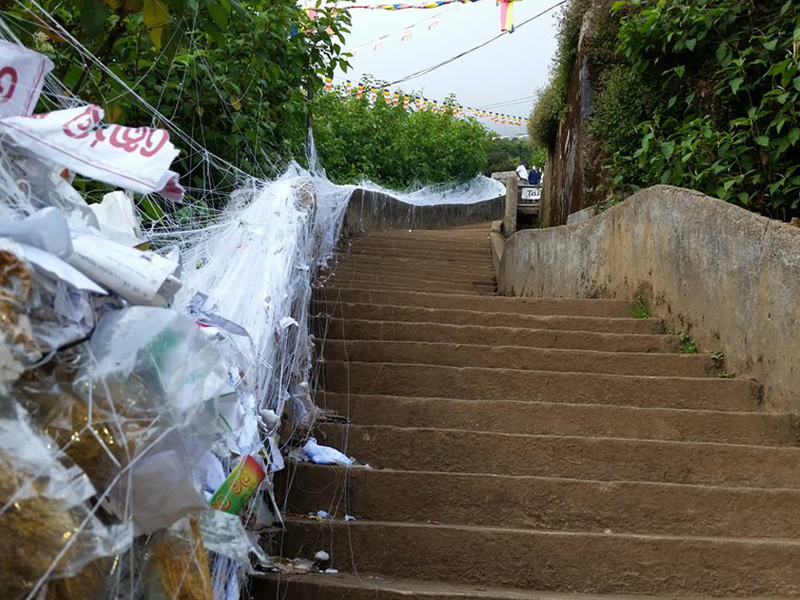 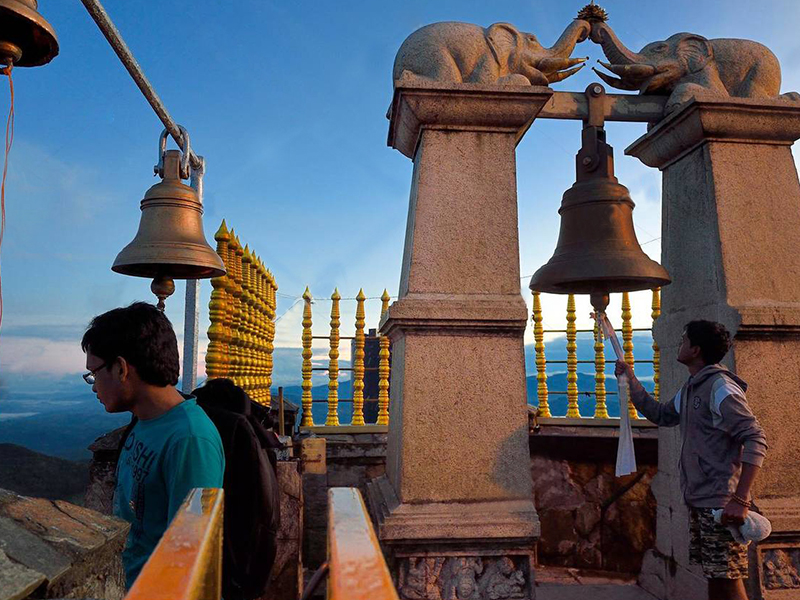 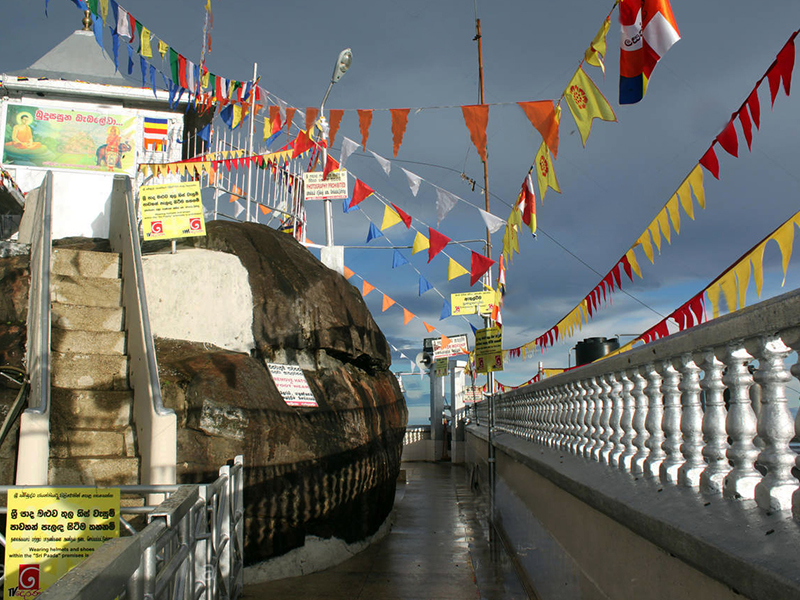 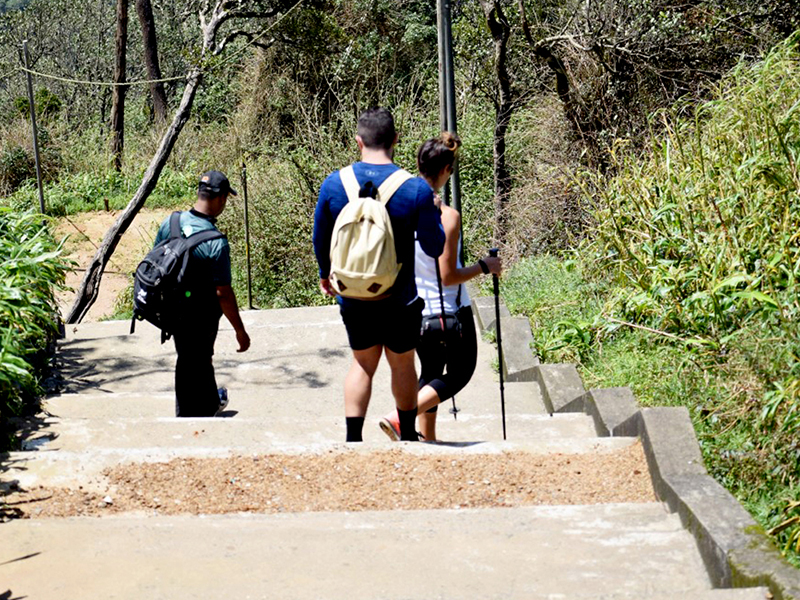 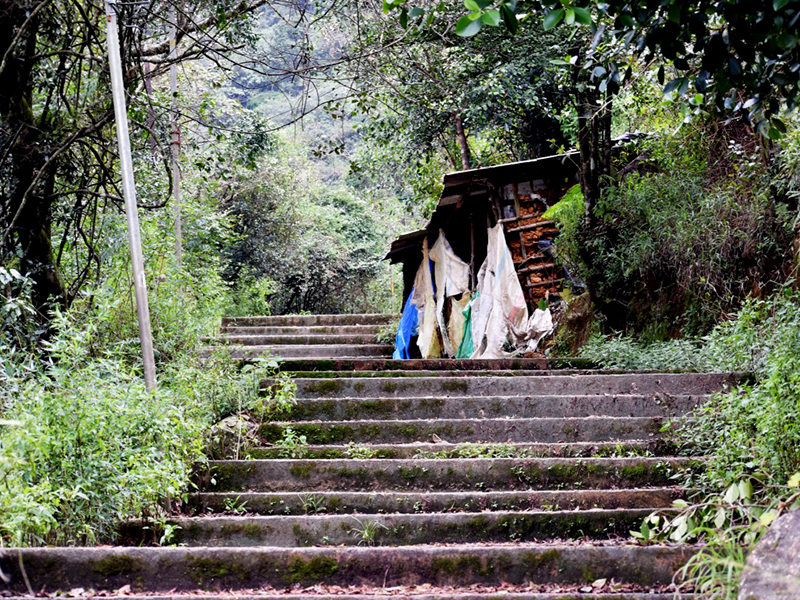